The Shanghai Scoop is a monthly column dedicated to the latest F&B news and gossip happening in Shanghai. Here are the newest restaurants and bars, hotel news, and upcoming projects.

The World’s 50 Best Restaurants 2018 was announced on June 20. Rising 17 spots from last year to number 24 on the list is Shanghai’s own pride and glory—Ultraviolet. Congratulations to the team! 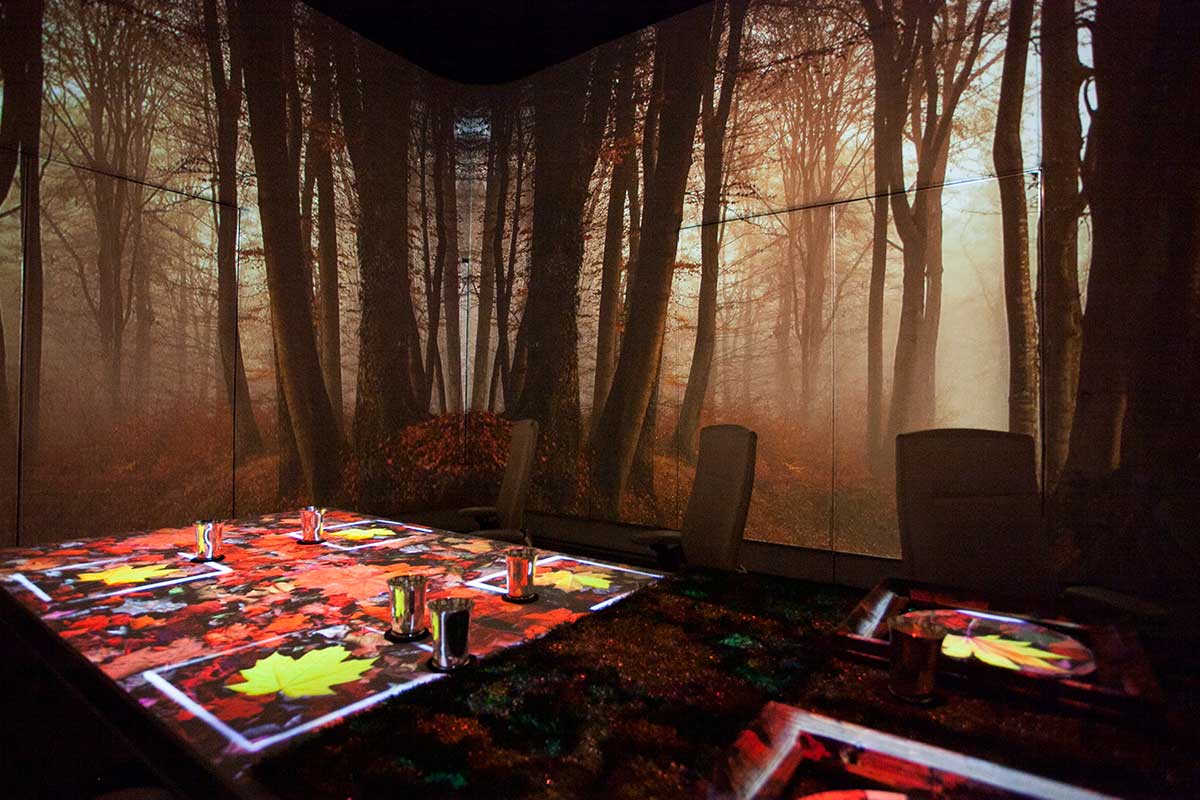 They have wall-to-wall immersive projections and are able to “scent” the room (sea, forest, fields, etc.) for each course. Will have to do a recap of my backstage visit at a later date.

Speaking of, Paul Pairet is opening a new concept in Shanghai. Job postings for kitchen staff and front of house have been circulating. The location hasn’t been revealed, but rumors point to Xintiandi.

Tacos are excellent, starting at ¥55 for two. The beef brisket is a no brainer, and the fish is a runner up, both ¥60.

House made horchata (¥25) scores high marks for its creamy, silken texture and mild sweetness. I would definitely return, most likely to quell a hangover on the patio.

The menu changes every month and dishes incorporate local ingredients. Chef Chris Zhu, a surgeon turned chef spent seven years in medical school before switching over. After a crash course at Cordon Bleu, plenty of study and research, Chris is pushing the boundaries with an ever-evolving menu, much to the dismay of Bird’s regulars.

It’s ambitious and refreshing, but with such a high frequency of change, it’ll be difficult to perfect recipes or study the wants of regular diners.

Bird’s rooftop will open at a later date, when the weather’s more forgiving. Looking forward to try more of Chris’ new dishes.

Good quality gelato with a strong fan base despite having just opened. Known for its Instagram photos of the gelato peaks. Flavors are plentiful and good!

Local touches like Oolong and Sichuan Peppercorn alongside classics of Salted Caramel and Amarena Cherry. Have to stop in for fig and mascarpone. ¥32/double scoop, ¥45/triple scoop.

The same people have opened up Pie Bird down the street. They do…pies.

Blackbird 2.0 — A three-in-one concept by the people behind OHA Eatery and Bar No. 3. Relocated from its original location on Dongping Lu, this new iteration is an evolved, refined version with chef Blake Thornley heading up the kitchen. First floor is casual dining with stellar cocktails, second floor with fine dining concept Table Black and Bar Black, and rooftop casual drinks and bites The Third Floor. 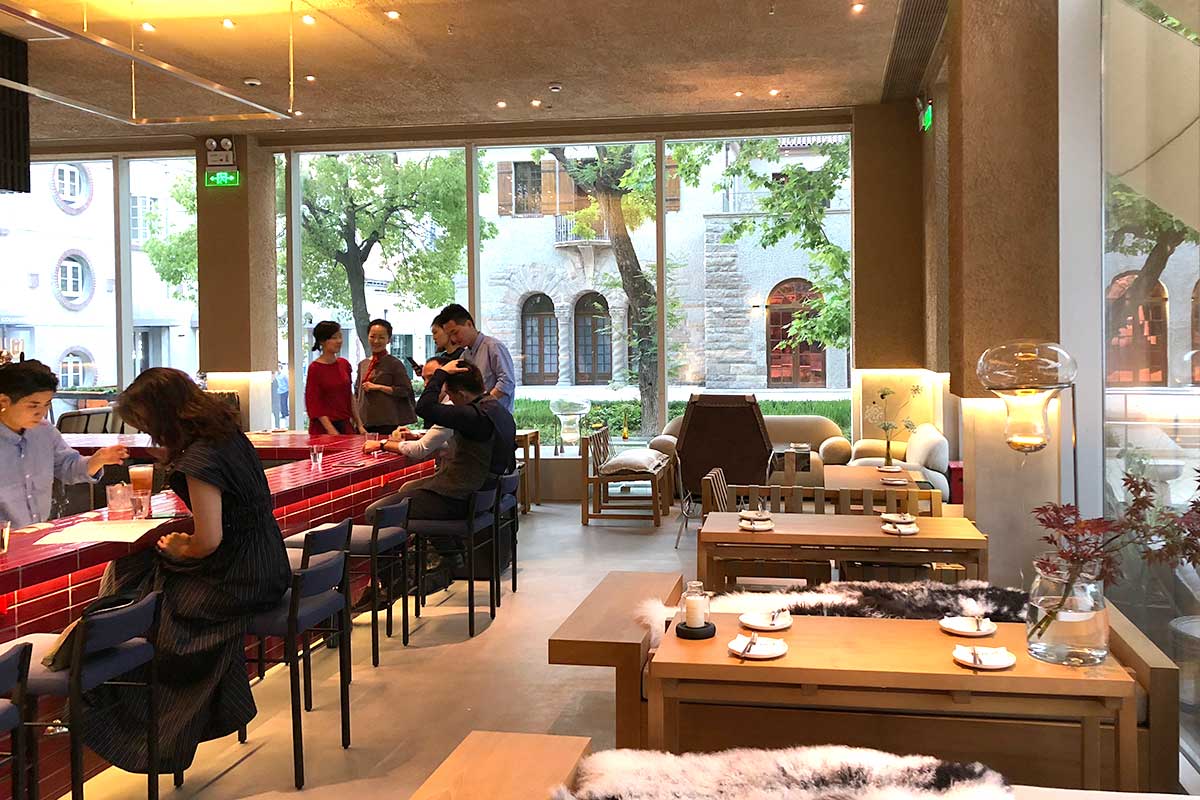 They use a Sonic Prep machine (it’s like a centrifuge) to make clarified juices and sauces for the cocktails. Machinery is high-tech and a huge investment, but it pays off! The drinks have a clean, concentrated flavor profile. No syrups or added sugars necessary. Not a big cocktail drinker myself, but the ones here are dangerously tasty.

Confirmed: Kagen is reopening at 758 Julu! No, not in the same building as Lost Heaven Silk Road, but in the building behind it.

Others on the radar are the rest of Columbia Circle—Parlour, casual fine dining and Circo, Italian resto/bar.

Pirata, a popular Spanish restaurant that’s been known to be an after hours safe harbor for industry types, has just opened (softly) in Columbia Circle. (Rumor is that their lease for the Dongping Lu location is coming up soon.) The new space will house Pirata, Hulu Sushi, and Latin Woo.

Slightly north of Jing’an is a Chef Charmaine, a seafood-focused restaurant by Charmaine Cheung. Charmaine has had an illustrious career in Hong Kong as a chef, in addition to being a judge on TV cooking shows and as Executive Chef for CityShop. Brought up in LA, Cheung’s primary cuisine is Japanese.

During the preview, Charmaine emphasized a seasonal menu, serving only the freshest seafood and produce available. And she’ll keep to this by going to the market every morning to pick out her selection of the day. Charmaine also said she doesn’t plan to have a fridge, only keeping live seafood in fish tanks.

Of the dishes, a crab steamed in a rich sauce of garlic, truffle, yuzu wine, and vegetable stock was a highlight. The remaining sauce didn’t go to waste either, and was taken back to the kitchen and fried with rice as a second course.

A branch of Burgundy’s Michelin three-star Maison Lameloise is opening in the Shanghai Tower. Their grand opening date is July 9.

QV is gone, and in its place is a bigger and better Alimentari (Alimentari & Degusteria). It will also be serving food soon, starting with brunch.

Up and across the street a number of bars have cropped up. Tribeca has turned into High Five, SIP has opened under 45 Degrees (Rambler is gone), and a beer bar called Cheer’s 1088 (they do some great deals on steaks).

EKEKO closed abruptly last month, but there’s something new coming in its place already from the people behind Ginger. We hear it’s going to be a pop-up for now.

Other names on our wishlist: Boi Boi, AR Eatery, and UMI.

The highly anticipated Amanyangyun property is now open after nearly 16 years in the making.

While the word “luxury” may have been purposefully omitted, it is without a doubt a stunningly majestic campus that would not exist without unmistakable wealth. The resort has five F&B outlets, spa, multifunction rooms, 24 Ming Courtyard suites, and 13 antique villas…but I’ll have to do it more justice in a standalone post.

That’s all for last month’s recap! Stay tuned for the next F&B news column.

My friend, R, wanted to bring us to his favourite Nasi Biryani place at Little India, Singapore. Unfortunately, his stall was closed that day, and hence we rerouted ourselves to the timeless Tekka Market smack…

MIZUKI: My Birthday Treat at an Omakase Tempura Restaurant in Singapore

10 types of foods you need to eat when in Shanghai for the first time!

Visiting Shanghai for the first time and have FOMO on the defining foods of Shanghai? This listing has you covered!

In memory of Lewin Terrace

10 things you must eat when visiting Singapore for the first time!

Singapore’s Most Artisanal Nasi Lemak at The Coconut Club